Actions I can take

What St Columbans are doing besides self-education: What actions are they taking? How can I join them?

Parishioners are working on a variety of issues relating to racial injustice. Here are a few.
Contact the coordinator directly to see if they still need help. Check the listserv for updates.

Statistics about race: why we strive to be an anti-racist church. Update yourself on racial inequity statistics.

Read the article here and email Charles Taylor with any questions

Upcoming: join a “pop-up” gathering for an opportunity to build relational ties with St. Columba’s neighbors and members of nearby houses of worship and other groups working on affordable housing and related issues, we’d like to share WIN’s agenda especially in Ward 3, and listen to neighbors’ interests and concerns. We hope to hold this informal gathering on the broad sidewalk space in front of the Tenley Library, July 12 from 4 ’til 6 p.m. Contact Elizabeth Vaden ([email protected])


Saving the Moses Macedonia Cemeter Many longtime residents of this area have only recently begun to realize that a Black community grew up after the Civil War along River Road in Bethesda, on land which used to be plantations using slave labor. Like Reno City in DC, the free Black residents of the River Road community were driven out by white development. The Kenwood Whole Foods was built where a private family home stood, the radio tower was built in place of the Black school, and Westwood Tower apartments and a self storage facility were built by plowing up and paving over much of the Black cemetery, called Moses. A connection to St. Columba's exists at Moses: some of those buried there were moved there from the cemetery at Reno City when it was threatened by white development.

Go to the website of the BACC, at bethesdaafricancemeterycoalition.net, to see the many ways to support the cemetery, which require a wide variety of talents. The depth and breadth of our community are what keep us moving forward in the face of further desecration from profit seeking business interests and entrenched inaction on the part of elected leaders.

Affordable Housing Advocacy As a church on a mission to live God’s love through an end to homelessness and racial inequities in housing, St. Columba’s Affordable Housing Advocacy group (AHA) works toward increasing affordable housing throughout the city. Specifically, we support the creation of 1,990 new affordable units in Ward 3, including deeply affordable housing (for families making up to 30% of D.C.’s median family income). The work of AHA includes pressing for change in regard to D.C. housing policies, contacting D.C. officials about specific housing projects and problems, allying ourselves with persons of color to promote common goals, and working with neighbors and other housing organizations to increase the stock of deeply affordable housing in D.C.

Race in your own workplace. Confronting Structural Racism in the Workplace is a support group for organizational leaders who are seeking to address systemic racism in the members’ individual workplaces. Contact Gina Lagomarsino or Molly Reynold

Returning Citizens, Prisons, Criminal Justice reform Disproportionate numbers of people of color are imprisoned, and they may need allies to be in touch during their sentence or to provide assistance. Through the Returning Citizen Assistance Network (RCAN, a network of DC churches), St Columbans help to pay utility bills, donate clothing, mentor returning citizens, and provide other support. The prison ministry also partners with the Free Minds organization to connect with young people in prison through online Write Nights; parishioners read the young people's poetry and send encouraging feedback. Contact Peter Clamp, coordinator of Prison Ministry.

Homelessness Participate in the St Columba’s homeless initiative. Bias in the housing industry means that people of color are disproportionately homeless. Reducing homelessness in a major priority of St Columba's. Contact Cami Caudill 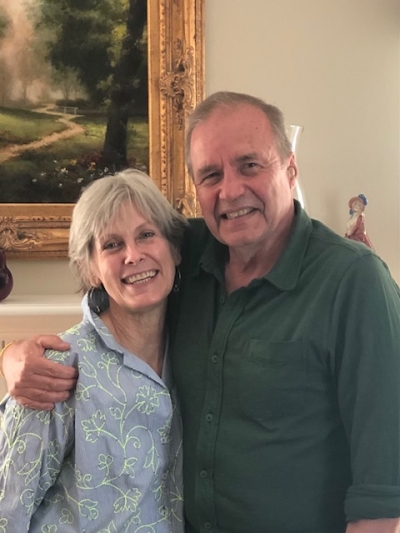 If you’d like to support the mission and ministry of St. Columba’s this Easter, consider an Easter Offering. You can honor or celebrate a loved one through an Easter thanksgiving or memorial, which will be featured in the Easter service (deadline March 31st), should you choose. Thank you for your generosity!