The Prison Ministry Working Group seeks to educate ourselves and the parish on issues of incarceration and prison reform, to better understand the struggles of returning citizens and support them by prisoner mentoring and resume-writing, as well as other volunteer opportunities. 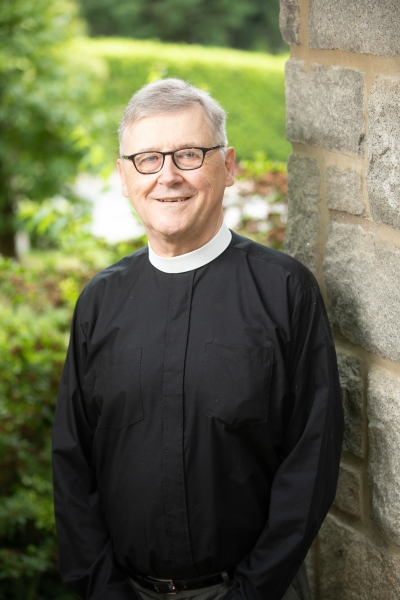 In November 2017, the Rev. David Griswold was appointed by Bishop Marianne Budde to serve as deacon at St. Columba's. David previously served with us during his final year of preparation before ordination, and now continues in approximately one-third-time, non-stipendiary capacity.

David serves liturgically on Sundays, proclaiming the Gospel, preaching and preparing the table. He also leads Bible study most Sundays and supports our outreach, justice, formation and pastoral care ministries. David may also serve beyond our walls to advance the mission of the diocese. After coming to Washington in the 1980s to work as a congressional aide, he joined St. Margaret’s Church in DC and served as a lay leader for over 30 years, focusing especially on Christian education and community outreach. After earning a Master of Theological Studies at Wesley Seminary in 2012, David pursued Clinical Pastoral Education at Sibley Hospital. Granted Postulancy in 2014, he completed Deacons’ School training, which included an internship with Samaritan Ministry of Greater Washington.

The sermon at the 8am service will be available on livestream. The full livestream service begins at 11:15am on our Youtube Channel

We’re glad you’re here. St. Columba’s is a church on a mission to Live God’s Love. Our parish community is a vibrant one that encourages spiritual curiosity, celebrated children and youth, and embraces the world in the spirit of God’s Justice and love.